Showing posts from August, 2022
Show all

Verification of High Value Withdrawal of ₹ 10,000/- and above in Savings Accounts at Post Offices | StaffNews

Additional Pension - Determination of relevant date from which additional 20% of basic pension should be paid: DoP&PW clarifies |

No recovery of overpayment from the employee/pensioner, where employees is not at fault: Supreme Court |

- August 29, 2022
No recovery of overpayment from the employee/pensioner at belated stage, where employees is not at fault: Supreme Court The bench of Justices M.R. Shah & B.V. Nagarathna was dealing with the appeal challenging the judgment passed by the Madhya Pradesh HC by which the High Court has allowed the said writ appeal preferred by the State of Madhya Pradesh and has set aside the judgment passed by the Single Judge. As the benefits were wrongly paid under the circular dated 23.05.2009, which was subsequently withdrawn on 30.05.2012, the State Government ordered recovery of the excess amount paid along with the interest. The communication withdrawing the circular and the recovery of the excess amount paid along with the interest were the subject matter of the Writ Petition preferred by the M.P. Medical Officers Association  Text of Judgement reproduced below:- REPORTABLE IN THE SUPREME COURT OF INDIA CIVIL APPELLATE JURISDICTION CIVIL APPEAL NO. 5527 OF 2022 M.P. Medical Officers Associatio
Post a Comment
Read more

Wife is claiming compassionate job, she is only entitled instead of sister of deceased Govt employee: HC |

MACP Scheme from 01.09.2008 and Financial upgradation not in promotional hierarchy: Supreme Court | 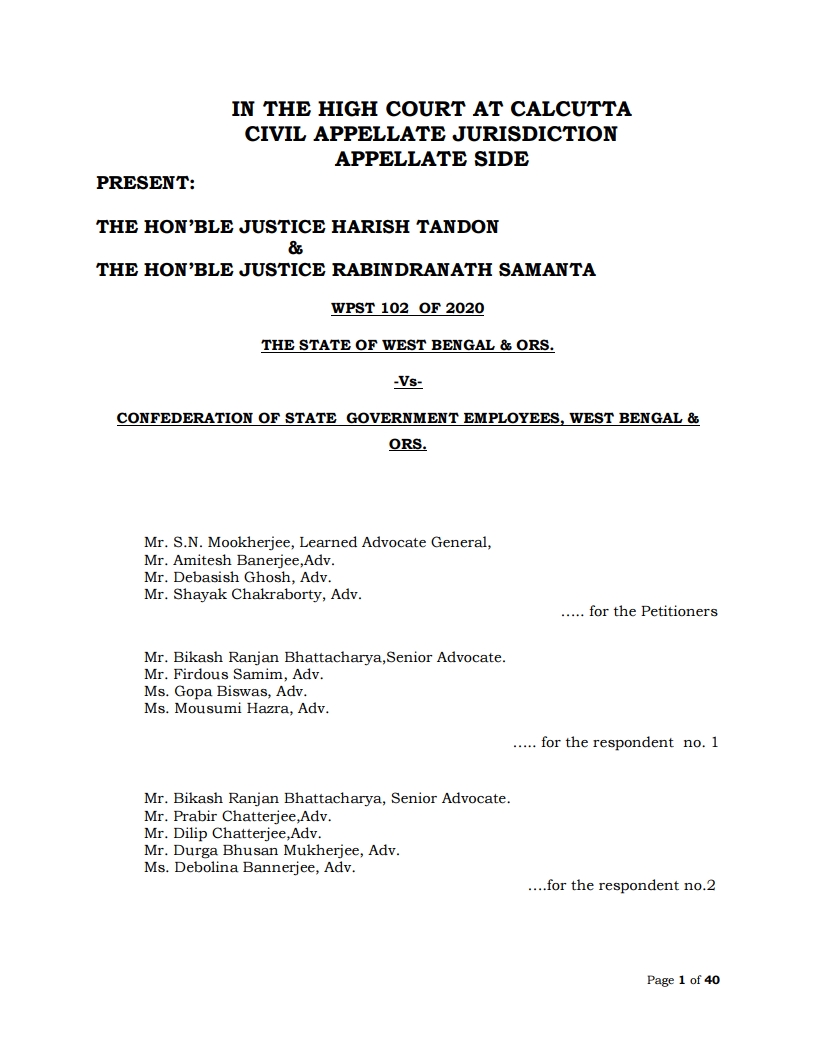 Dearness Allowance Fructified as Fundamental Right: Calcutta High Court The Calcutta High Court directed the West Bengal Government to release the dearness allowance and arrears of the same within 3 months of the order, which is to be calculated on the basis of All India Consumer Price Index average 536 (1982=100) commensurate with their pay as per the West Bengal Services (Revision of Pay and Allowances) Rules, 2009. The West Bengal Government had moved the High Court against the order of the West Bengal Administrative Tribunal which had directed the State Government to make payment of dearness allowances and that the claim of the state government employees is based on a legally enforceable right up to the extent of the recommendations of the 5th Pay Commission. The High Court reiterated that payment of dearness allowance reinforces human dignity under Article 21, thus becomes a fundamental right of every employee. It is quoted – “What we feel, apart from acquiring the enforceable l
Post a Comment
Read more
More posts