Showing posts from September, 2015
Show all

CGDA has instructed to all Pr. Controllers/Controller to nominate an Officer for countersigning the application forms received from the retired Defence Civilians for grant of CSD Canteen facilities:-

- September 29, 2015
GOVERNMENT OF INDIA MINISTRY OF DEFENCE DEFENCE ACCOUNTS DEPARTMENT NoAN/VIl/7089/CSD/ Corr Dated : 21.09.2015 To 1. All PCsDA/ CsDA 2. PCA(Fys) Kolkata Subject: Grant of CSD Canteen Facilities to retired Defence Civilians, Reference ' This office letter of even No dated 14.08/2015 A copy of the DDGCS letter 96301/Q/DDGCS/Policy dated 12.08.2015 regarding CSD Canteen facilities to retired Defence Civilians. is forwarded herewith for information and necessary action. The letter is to be given wide publicity by displaying on the notice boards/ websites. 2. Further, attention is invited to point 7 and 9 of the letter wherein action to be taken on the part of the Department from where the Officer/ employee has retired has been mentioned. The Pr. Controllers/ Controllers are requested to nominate an Officer not below the rank of an Under Secretary to Govt of India or equivalent for countersigning the application forms received from the applicants.  The orders should
Post a Comment
Read more

Streamlining Action on Pension grievances - uploading of replies given by the MinistriesiDepartments to the petitioner on CPENGRAMS. 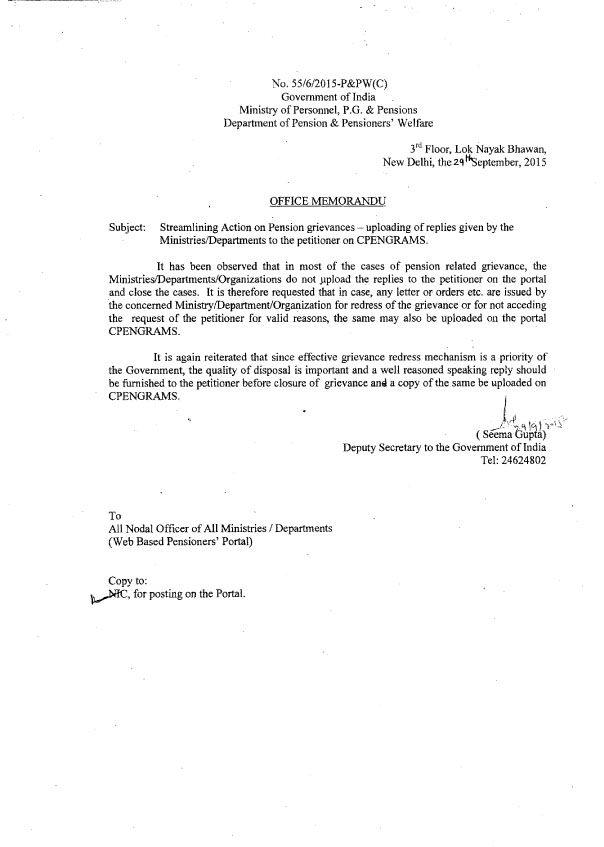 A rate cut will add to the misery of Sr citizens

- September 28, 2015
in Share With the credit policy statement barely a day away, it might be just right to remind policymakers of the travails of senior citizens in entirety. The expectation is that the Reserve Bank of India will lower the repo rate at least by 0.25 percentage points. Banks are expected to follow suit and lower their commercial rates both on deposits and loans. Many of the points raised in the following paragraphs are not new but they need to be articulated more vigorously than ever before. The point has been made several times before that senior citizens as a class lack the lobbying power which corporates, chambers of commerce and others have. Moreover, senior citizens are not a homogenous category. For instance, the term includes pensioners and non-pensioners alike. That is why the categorisation — made by among others the RBI Governor — between savers (the silent majority ) and the borrowers (the vociferous minority) is particularly apt. Especially in t
Post a Comment
Read more 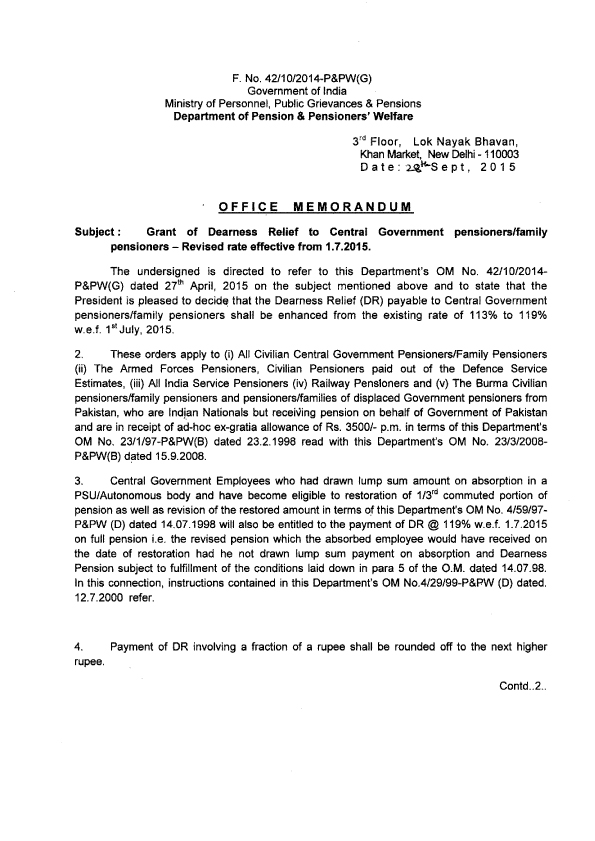 When will the 7th CPC will submit its report? There are three possibilities now on submission date

- September 28, 2015
Many news papers including Danik Bhaskar, Times of India, NDTV  CNN IBN, Hindu  etc   had reported that the 7th CPC will be submitting its report on 30th  September 2015 itself. The 7th CPC chairman had informed in a PTI interview Justice Ashok Kumar Mathurji had stated that “The Commission will submit its report by the end of September,” The Hon’able Finance Minister had also informed the 7th CPC report will be submitted shortly. The 7th Pay Commission has asked for a two month extension from the government. That the Commission is hoping that the government would take a call on One Rank One Pension, so they could modulate their own formulation in terms of pay revision. Now the one rank one pension issue has been resolved, but the formal orders are not issued, it will be issued only next month. After the issue of the ORBP orders then 7th Pay Commission will submit its report. Now four month extension of term of 7th Central Pay Commission is made the Union
Post a Comment
Read more

Constitution of Committee to make out plan to start the Smart Card Scheme for providing cashless treatment to RELHS beneficiaries in emergency situations- it is over 3years since issuance Smart card to Rly beneficiaries were issued.Not yet implemented-Good governance.Is not it funny. 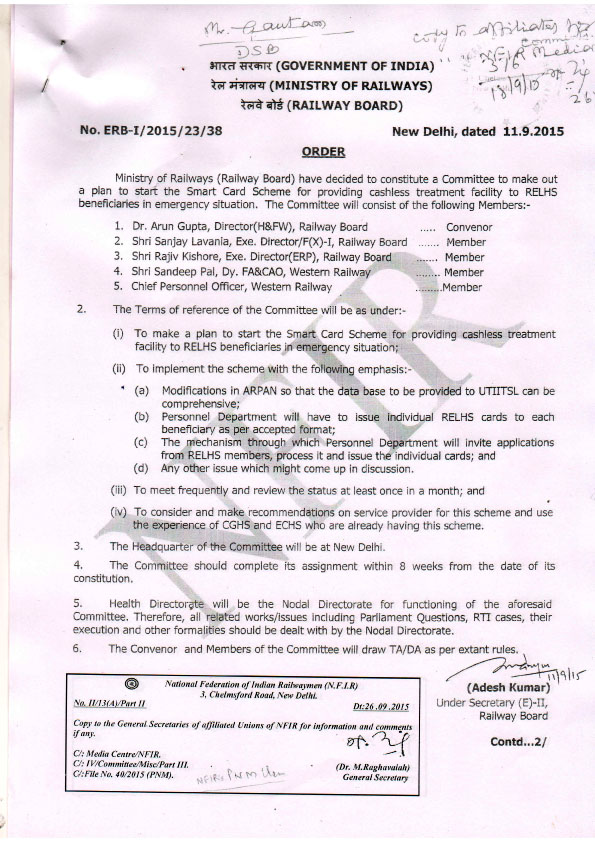 - September 26, 2015
Digital technology  vital for pensioners organizations. It is a strong tool to make their voice heard.Let more & more of Pensioners resort to it & make their presence felt on social media.
Post a Comment
Read more