Showing posts from March, 2016
Show all

New Pension System is a better scheme & know how it works

Implementation of ‘One Rank One Pension’ (OROP) to Defence pensioners. 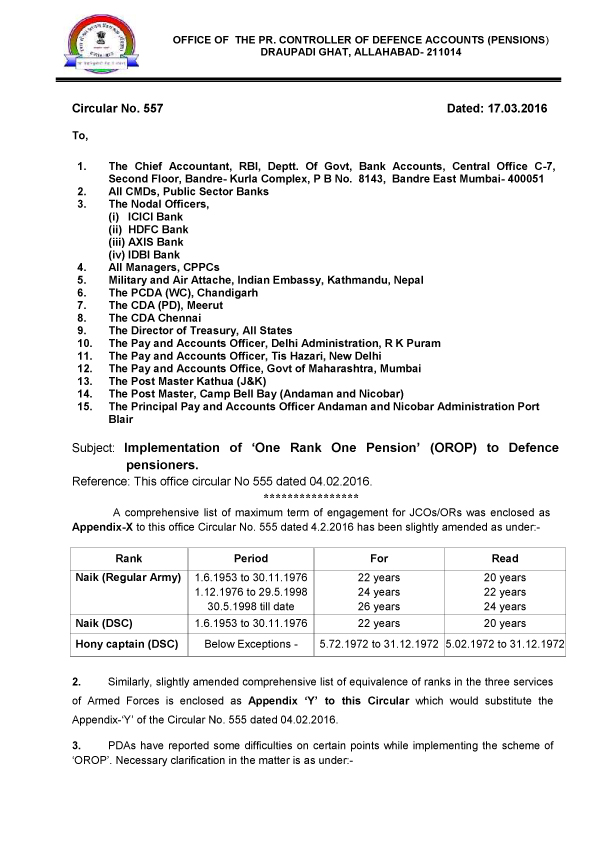 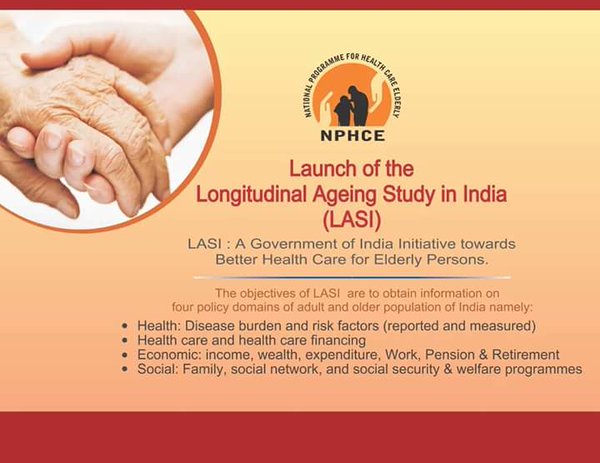 Bharat Pensioners Samaj has reached every corner of NE in an attempt to unite entire pensioner's community. 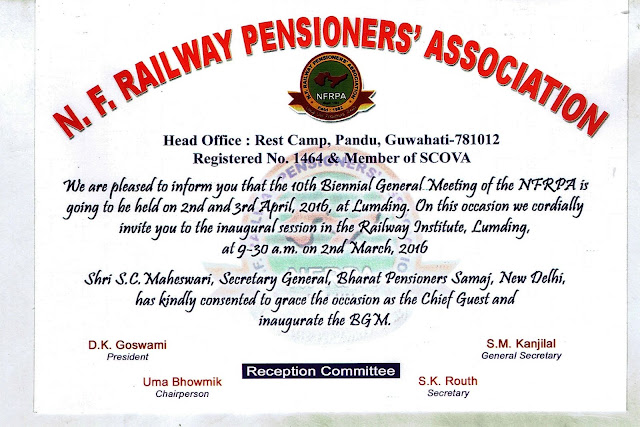 https://twitter.com/RREWA/status/713007665635414017 Hindustan times decodes the reasons The average return on small savings schemes (SSS) has been reduced by an average of 0.8% for the April-June period of 2016. The finance ministry said that the revision will enable banks “to move their rates in line with current money market rates”. The resetting of rates is now done on a quarterly basis, which means these rates will change again for the July-September period. SSS include savings deposits, fixed and recurring deposits, monthly income schemes and public provident fund etc. Why do interest rates have to be changed? Interest rates offered on financial products are dependent on factors such as inflation, the cost at which banks can borrow money and the interest rates on government securities etc. The Shyamala Gopinath Committee that reviewed the small savings schemes in 2011 recommended that interest rate on such schemes should be linked to the interest on government sec
Post a Comment
Read more

- March 24, 2016
24 Mar 2016 Gurgaon Redress grievances in 60 days: PM to babus Zoom Bookmark Share Print Listen Translate NEW DELHI: ANUP SINGH, DySP, Noida Addressing public grievances within the shortest possible time should be the top priority of bureaucrats, Prime Minister Narendra Modi told senior officers on Wednesday. Reviewing the progress of different ministries towards handling and resolving public grievance during his monthly PRAGATI meeting — the ICT-based multimodal platform for pro-active governance and timely implementation — Modi directed officers to act within the next month to ensure that grievances, barring exceptions, are disposed of within 60 days. Noting that grievance-redressal is one of the “biggest aspects of a democracy”, the PM urged officers to speed up the pace of work towards this end. Reviewing the digitisation of land records, Modi also called for integration of all land records with Aadhar at the earliest. “He emphasised that this is important to
Post a Comment
Read more

Release of additional instalment of Dearness Allowance to Central Government employees and Dearness Relief to Pensioners due from 1.1.2016

- March 23, 2016
Release of additional instalment of Dearness Allowance to Central Government employees and Dearness Relief to Pensioners due from 1.1.2016 The Union Cabinet, chaired by the Prime Minister Shri Narendra Modi, has approved release of an additional instalment of Dearness Allowance (DA) to Central Government employees and Dearness Relief (DR) to Pensioners w.e.f. 01.01.2016. This represents an increase of 6 percent over the existing rate of 119 percent of the Basic Pay/Pension, to compensate for price rise. This will benefit about 50 lakh Government employees and 58 lakh pensioners. The increase is in accordance with the accepted formula, which is based on the recommendations of the 6th Central Pay Commission (CPC). The combined impact on the exchequer on account of both Dearness Allowance and Dearness Relief would be of Rs. 6796.50 crore per annum and Rs.7929.24 crore respectively, in the financial year 2016-17 (for a period of 14 months from January, 2016 to February, 2017). *** VB
Post a Comment
Read more 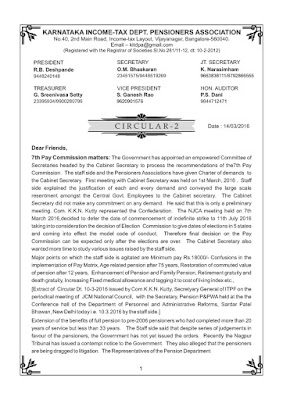 BPS writes to FM- Unless you wish to push all Sr Citizens below poverty line, withdraw interest slashing order on Small savings immediately 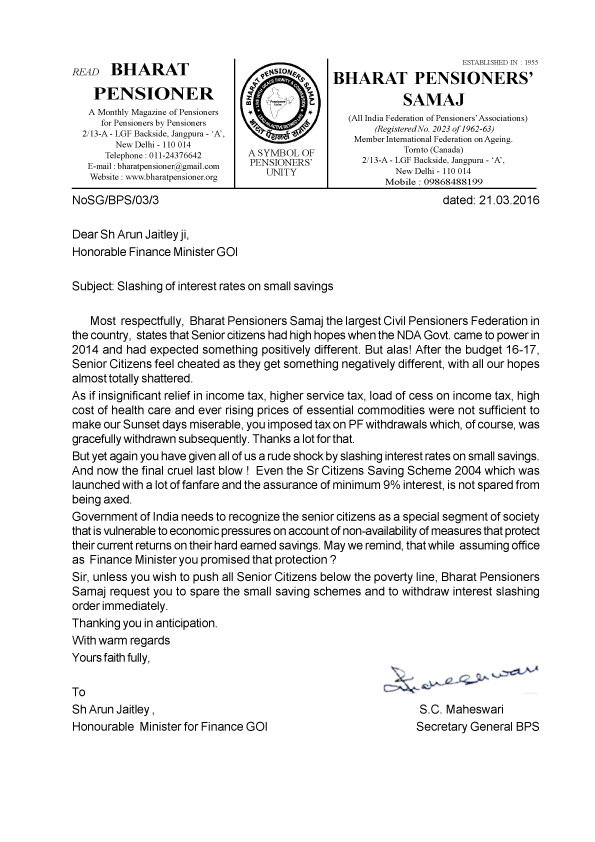 Court orders against Government of India instructions on service matters-consultation with Ministry of Law and Department of Personnel and Training on question of filing appeals.

- March 18, 2016
F.No.28027/1/2016-Estt.A-III Government of India Ministry of Personnel, Public Grievances and Pensions Department of Personnel & Training Establishment Division North Block, New Delhi-110001 Dated: 16th March, 2016. OFFICE MEMORANDUM Subject:  Court orders against Government of India instructions on service matters-consultation with Ministry of Law and Department of Personnel and Training on question of filing appeals. The undersigned is directed to refer to this Department’s 0.M.No.28027/9/99- Estt.(A) dated 1st May, 2000 on the above subject ( copy enclosed) and to say that the Department of Personnel and Training is the nodal Department that formulates policies on service matters and issues instructions from time to time. These instructions are to be followed by the Ministries/Departments of the Central Government scrupulously. All the Court cases filed by employees have to be defended on the basis of the facts available with the Administrative Minis
Post a Comment
Read more

Pay commission award to get cabinet nod in June - PMO

- March 18, 2016
Pay Commission Award To Get Cabinet Nod In June: PMO New Delhi: The Seventh pay commission award for central government employees will be placed for cabinet’s nod in June after the completion of Tamil Nadu, West Bengal, Assam, Kerala and Puducherry states assemblies’ poll process, the Prime Minister’s office (PMO) official said on Thursday. The proposal is almost ready to be recommended by the Empowered Committee of Secretaries on the Seventh pay commission recommendation, according to the PMO official. There were some disputes among the central government employees’ bodies about the Pay Commission recommendations, which are under consideration of secretaries committee. Following the context, the finance ministry sent an interim report on the proposed pay structure, including the disputes surrounding it, to the PMO. PMO sent it back to the ministry with instruction to address the genuine concerns raised by stakeholders and accommodate their demands as much as possible. After thes
Post a Comment
Read more 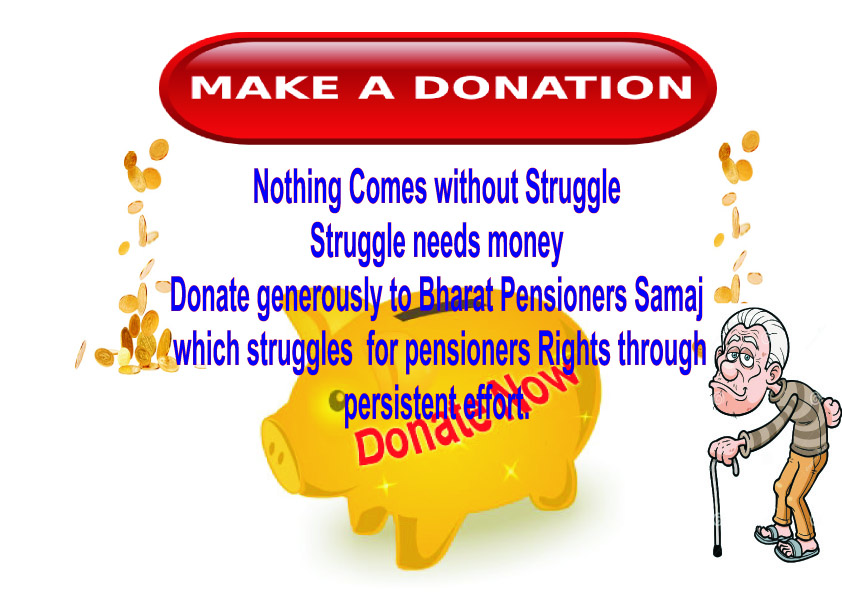 Government did not fulfill its assurance

- March 14, 2016
GOVERNMENT OF INDIA MINISTRY OF RAILWAYS (RAILWAY BOARD) No.E(W)2010/PS 5-8/4 New Delhi, dated 11.03.2016 General Secretary National Federation of Indian Railwaymen 3, Chelmsford Road New Delhi – 110 055. sub: Grant of full sets of post Retirement Complimentary Passes (PRCP) to staff retired in GP 1800/- (erstwhile Group “D”) Ref: NFIR’s letter No.I/15/Part III dated 04.01.2016. Dear Sir, With reference to above cited letter, it is stated that the crux of Board’s letter of even number dated 17.07.2012 was that employees retiring from Group “C” posts with GP 1800/- would be automatically eligible for two sets of PRCP. On the other hand, the crux of Board’s letter No.E(W)2012/PS5-1/5 dated 05.08.2014 was that employees who were never granted the status of Group “C” and retired as Group “D” cannot be extended two sets of PRCP. These two letters are, thus not contradictory to each other, and the latter only supplyements the former and brings out the position that only tho
Post a Comment
Read more

Mechanism for redressal of grievances related to GPF Accounts: CGDA

- March 14, 2016
OFFICE OF THE CONTROLLER GENERAL OF DEFENCE ACCOUNTS ULAN BATAR ROAD, PALAM, DELHI CANTT-110010. (AT -VIII/ FUND CELL) No. FC/14502/General matters Dated : 14.03.2016 To The All PCsDA/CsDA SUBJECT : Mechanism for redressal of grievances related to GPF Accounts The competent authority while reviewing a specific case relating to a GPF grievance has observed that even in those cases where due action has been taken by concerned office, the petitioner is not informed with adequate /appropriate information of the action taken on the grievance. This results in further aggravation of the grievance of the petitioner leading to avoidable representation/correspondence. 2. The Competent Authority has desired that all sub-office must ensure that grievance pertaining to GPF settlement, discrepancies etc must be dealt on priority and action taken on them in a time bound manner to settle the grievances. After due action has been taken on the grievance the petitioner should also be
Post a Comment
Read more

Minutes of the periodical meeting of JCM National Council, with the Secretary Pension held on 10.03.2016

- March 11, 2016
The periodical meeting of   JCM National Council,   with the Secretary Pension was held on 10.3.2016 at the the Conference hall of the Department of Personnel and Administrative Reforms, Sardar Patel Bhawan, New Delhi today i.e. 10.3.2016.   On behalf of the Staff Side the following representatives were present:                 Com. Shiv Gopal Misra, Com.Guman Singh, Com. K.K.N. Kutty, Com. M.S. Raja and Com. Srikumar. The official side had the representatives from the Department of Pension, Personnel, Railways, Defence, Expenditure, health, Posts and Telecom. The meeting was presided over by the Secretary Pension. After the initial comments from the Secretary Pension and the Secretary Staff Side, the items which had been subjected to discussion in the earlier meeting and the action taken statement thereon were taken up. The following were the issues that came up for discussion in the Action Taken Statement. 1.        Abnormal delay in the issue of revi
Post a Comment
Read more
More posts