Showing posts from January, 2020
Show all

Grant of Notional increment to those retired on 30th June- Hon’ble Madras High court order dtd 15.9.017 in the case of P. Ayyamperumal 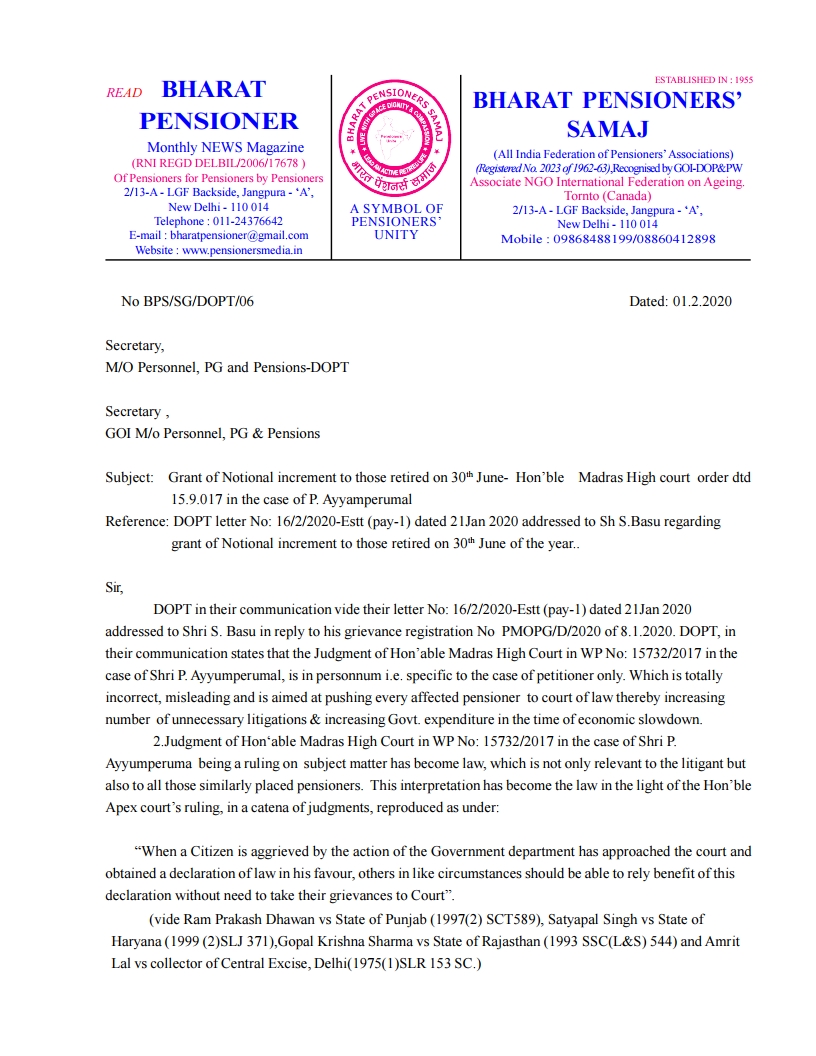 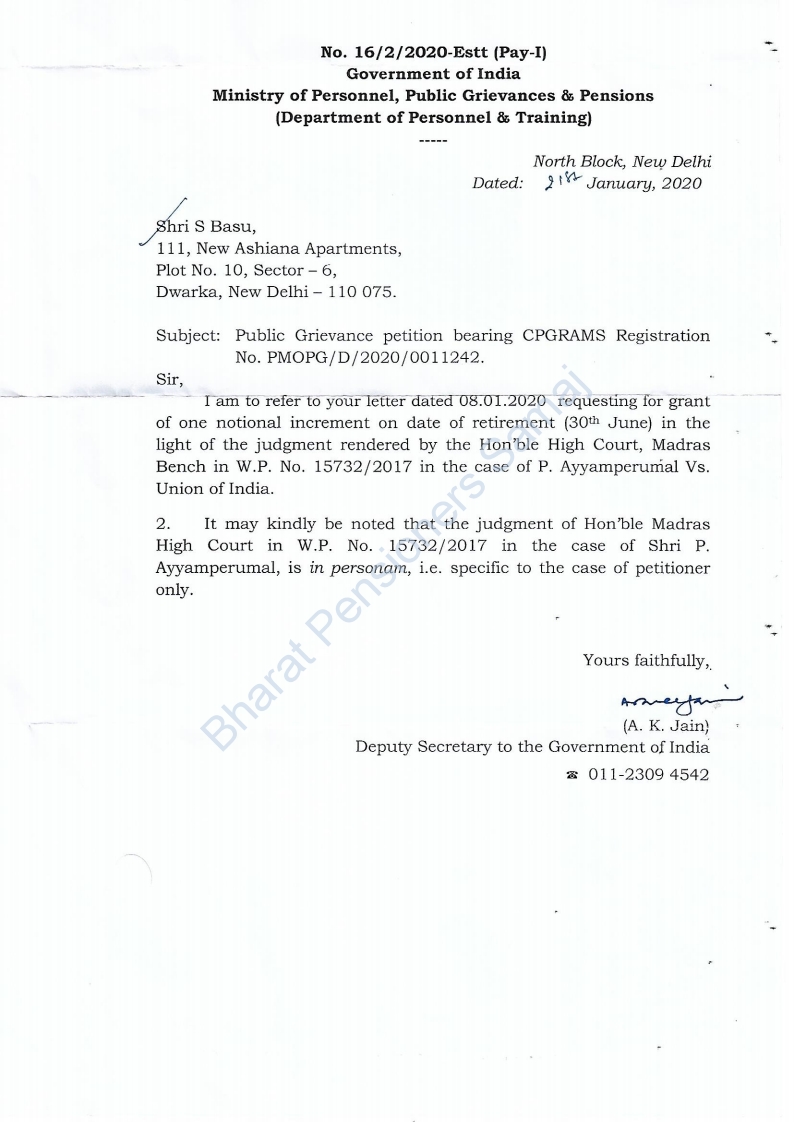 THE HIGH COURT OF JUDICATURE AT MADRA dt : 10.12.2019-Retired employees Association can be registered under Trade Union Act 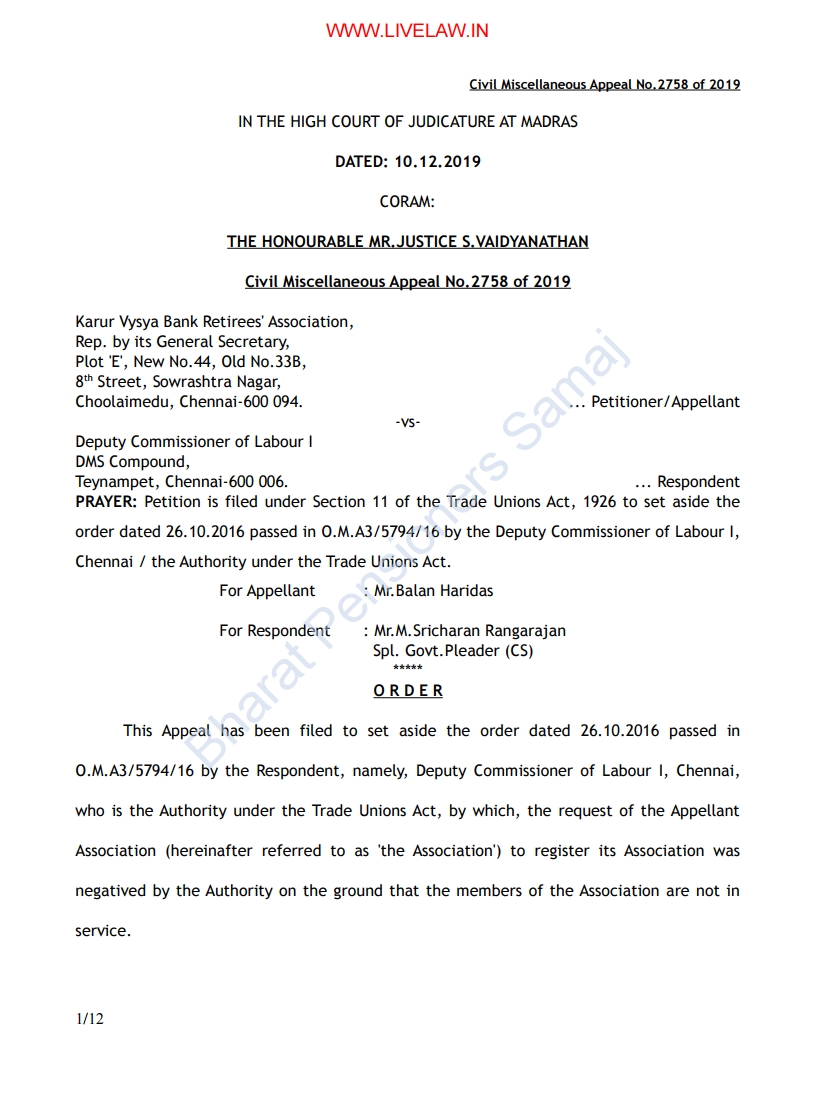 DoPT Order : Non Functional Up-Gradation for Officers of Organized Group ‘A’ Services No.AB- 140 17/30120 1 1-Estt.(RR) Government of  India Ministry of Personnel, PG and Pensions (Deptt. of Personnel & Training) Room No.215 -A/II, North Block, New Delhi. Dated : 10th January, 2020 OFFICE MEMORANDUM Subject: Non-Functional up-gradation for officers of Organized Group ‘A’ Services in PB-3, PB-4 and HAG. Reference is invited to this Department OM No.AB.1401 7/64/2008-Estt(RR) dated 24.4.2009 on the above subject. The details of batch of the officer  belonging to the Indian Administrative Service who have been posted at the Centre in various grades of PB-3, PB-4 and HAG was last circulated in this Department OM of even number dated 6-11-2018. 2. The details of the IAS officers who have been subsequently posted in the Centre in various grades as well as the date of posting of the first officer belonging to the batch is annexed for necessary action. READ
Post a Comment
Read more

ECHS Order: Notification of CGHS Rates for 15 investigation under CGHS 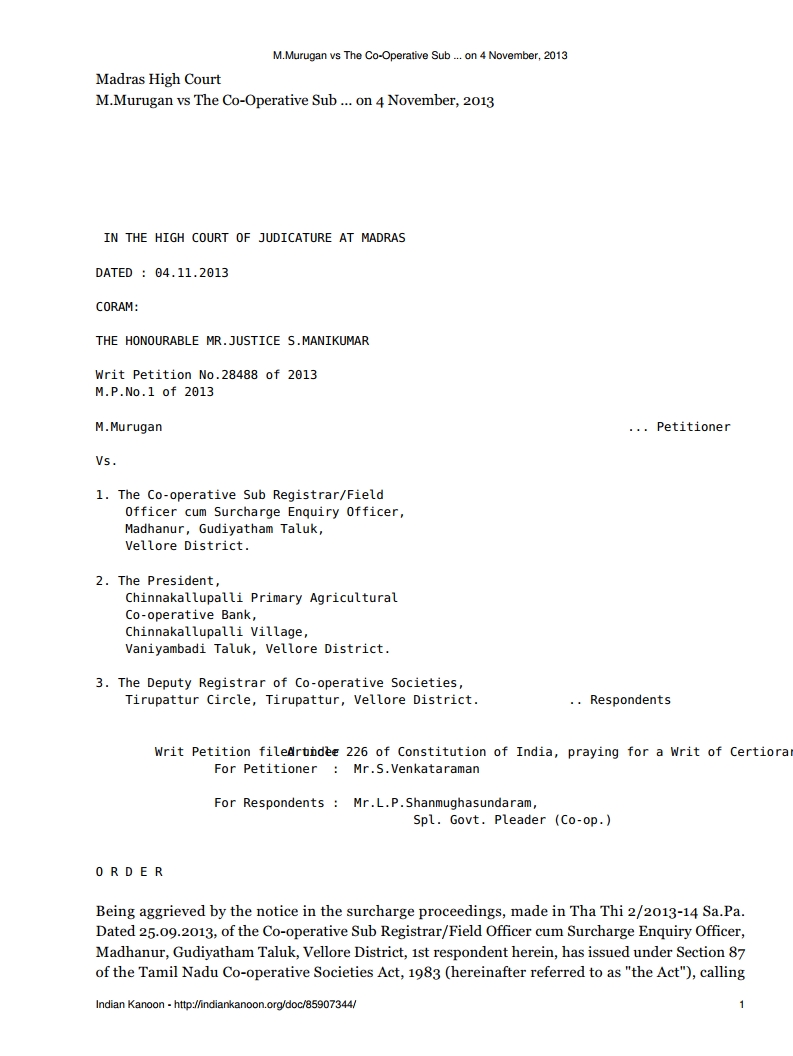 IN THE HIGH COURT OF JUDICATURE AT MADRAS DATED : 04.11.2013 CORAM: THE HONOURABLE MR.JUSTICE S.MANIKUMAR Writ Petition No.28488 of 2013 M.P.No.1 of 2013 M.MuruganVs. The Co-operative Sub Registrar/Field Officer cum Surcharge Enquiry Officer,Madhanur, Gudiyatham Taluk,Vellore District. 14. In the present writ petition, it is the case of the petitioner that as he had not opposed or challenged the surcharge proceedings initiated by the then Co-operative Sub Registrar/Field Officer, Jolarpet, Mr.M.M.Subramanian, the judgment rendered in W.P.No.15758 of 2006, dated  22.06.2012, can be treated only as a "judgment in personam" and not as "judgment in rem" . In  C.L. Pasupathy v. Engineer in Chief (WRO) reported in 2009 (2) MLJ 491, this Court has considered  the expressions, "judgment in 'in rem' or a judgment 'in personam'", as follows: Read further under Para 14 in main judgement to understand Judgement in rem & Judgement in Pe
Post a Comment
Read more 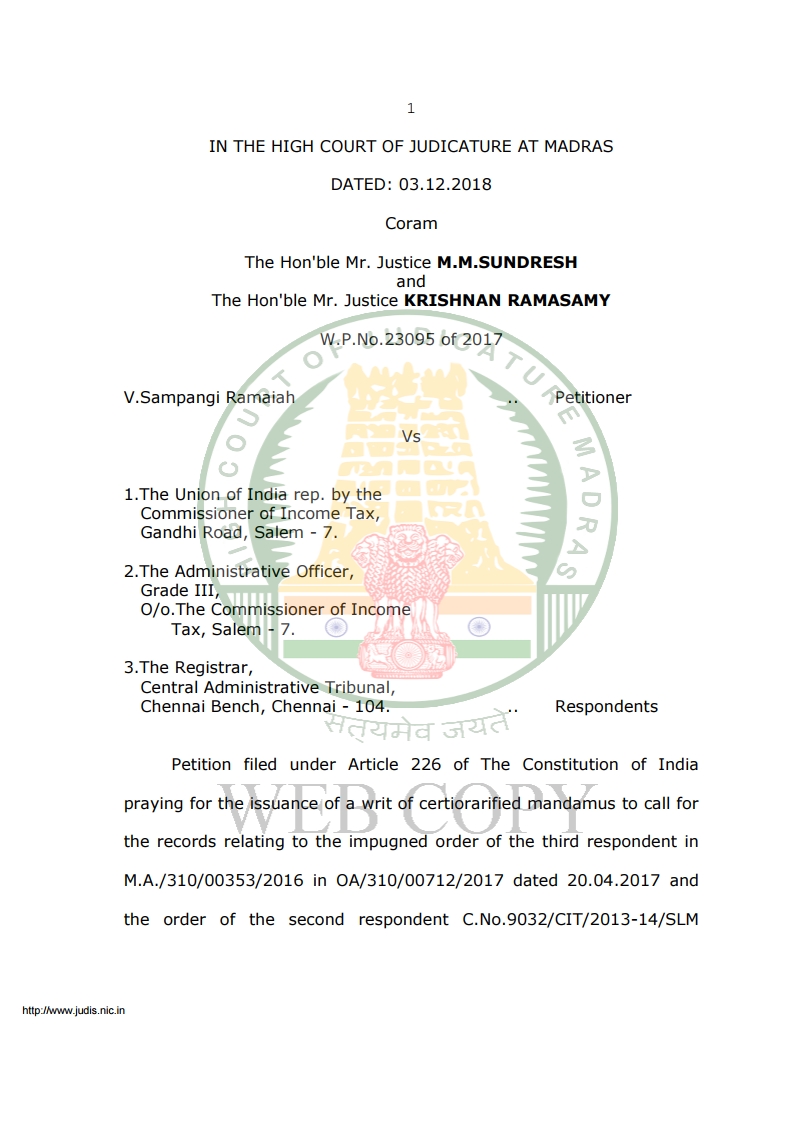