Showing posts from July, 2020
Show all

- July 31, 2020
Reimbursement of medical claims to pensioners residing in non-CGHS areas No: 4-35(01)/2019-PAT Government of India Ministry of Communications Department of Telecommunications 20, Ashoka Road, 1120, Sanchar Bhawan New Delhi-110001 Dated: 28/07/2020 OFFICE MEMORANDUM Subject -: Reimbursement of medical claims to pensioners residing in non-CGHS areas-reg. This refers to medical claims being received from pensioners residing in non-CGHS areas. In this respect. Ministry of Health and Family Welfare’s (MoH&FW) OM No. S. 14025/23/2013-MS.EHSS dated 29.09.2016 may be referred (copy enclosed). As per this OM, the pensions residing in non-CGHS have following options to avail medical facilities: (a) They can avail Fixed Medical Allowance (FMA) @ Rs. 500/- per month or as revised from time to time. At present, vide OM 4/34/2017/P&PW(D) dated 19.07.2017. FMA is @ Rs. 1000/- per month. (b) They can also avail benefits of CGHS (OPD & IPD) by registering themselves In the nearest CGHS city
Post a Comment
Read more

Notional Dearness allowance calculations as due from 01.07.2020 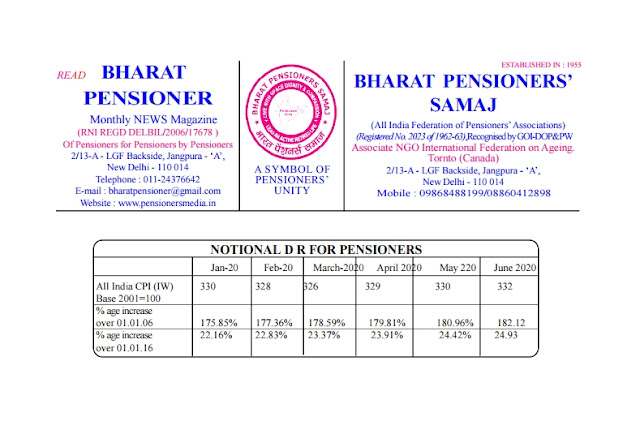 Clarification on regularization of absence during COVID-19 epidemic lockdown period – regarding.

- July 28, 2020
INCOME-TAX G.S.R. 469(E). —In exercise of the powers conferred by sub-section (7) of section 115UB read with section 295 of the Income-tax Act, 1961 (43 of 1961), the Central Board of Direct Taxes hereby makes the following rules further to amend the Income-tax Rules, 1962, namely:- 1. Short title and commencement.—(1) These rules may be called the Income-tax (18th Amendment) Rules, 2020. (2) They shall come into force on the date of their publication in the Official Gazette. 2. In the Income-tax Rules, 1962,- (a) for rule 12CB, the following rule shall be substituted, namely:- “12CB. Statement under sub-section (7) of section 115UB.—(1)  The statement of income paid or credited by an investment fund to its unit holder shall be furnished by the person responsible for crediting or making payment of the income on behalf of an investment fund and the investment fund to the- (i) unit holder by 30th day of June of the financial year following the previous year during which
Post a Comment
Read more

CGHS Rates for treatment at private HCO empanelled under CGHS in view of COVID-19: Corrigendum OM

- July 20, 2020
CGHS Rates for treatment at private HCO empanelled under CGHS in view of COVID-19: Corrigendum OM F No. 6-52/CGHS/GR.CELL/2020//DIR/CGHS Government of India Ministry of Health & Family Welfare Directorate General of CGHS Nirman Bhawan, New Delhi Dated the 20th July , 2020. OFFICE MEMORANDUM Sub: Corrigendum to OM dt 10th July 2020 regarding CGHS rates for treatment at private healthcare organizations empanelled under CGHS -in view of the COVID-19 Pandemic With reference to the above mentioned subject kind attention is drawn to Office Memorandum of even No. dated the 10″ June 2020 para 2 (c), which is reproduced below and to state that there is an inadvertent typographical error and the paragraph 2 (c ) is corrected as per the details given under: 2.c) For treatment under emergency — the patient shall be _ treated in Isolation ward til the COVID-19 test results is not available and  rates as per isolation ward rates for one day _ shall be applicable.  It is modifi
Post a Comment
Read more 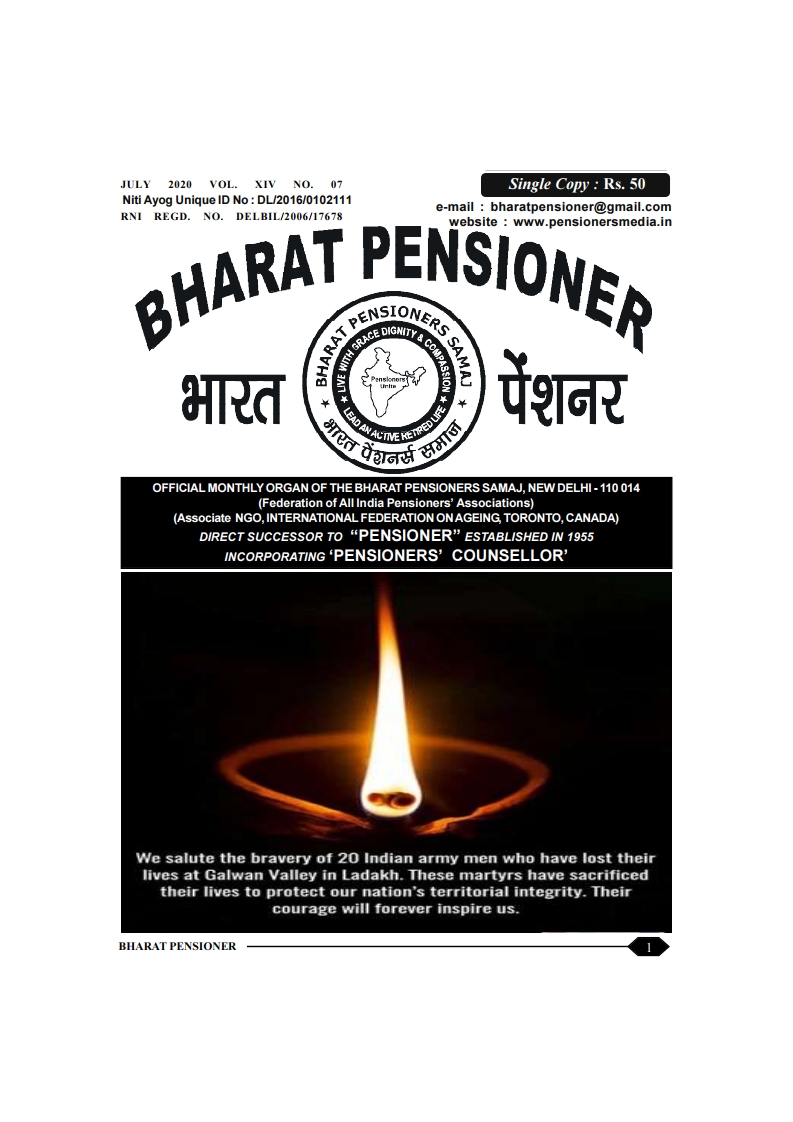